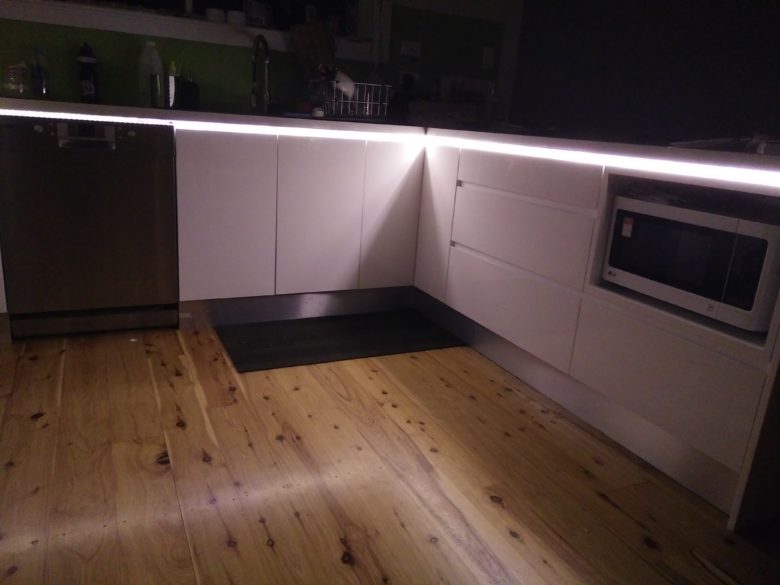 For today’s little project I installed some LED strip lights underneath our kitchen bench top – this had been on my list of to-dos as I had been thinking about it for quite a while. But with the in-laws coming next week I thought no time like the present to tart the place up a bit and do a quick hack to make your kitchen look more expensive.

So having looked online for LED strip lights I saw that prices varied greatly for a 5 metre strip with prices online anything from $19.00 on eBay to $69.00 in Jaycar. So due to time pressures, I went to Jaycar. I discovered however that their lights do not come with a transformer – so that would have cost an extra $40 which brought the cost up to nearly $100 which seemed a bit on the expensive side.

However as the nice guy in Jaycar was demonstrating them to me I realised one problem and that was where the plug was going to be positioned behind a microwave oven I would have been unable to switch them on and off.  Because there was no switch on the transformer I would have needed to switch them off from the mains – which was inaccessible – due to the microwave.

So for me it was back to the drawing board and for the nice Mr. Jaycar guy it was back to putting everything back in its packets…the Jaycar staff are always so helpful.

Next stop Bunnings – were I found that Arlec also did 5 metre LED strip lights which came with an inline switch on the transformer so problem solved. Plus Bunnings were actually over $40 cheaper. The Arlec 5 metre strip lights costs $49 (3 metres costs from $30) and come in two varieties – warm white and cool white. I went for the warm white as I thought that having an all white kitchen the cool white may look a bit cold looking.

The lights are really really easy to install as they come with an adhesive backing and can easily be cut to size. Total installation time took me less than 15 minutes and I reckon this has been one of the quickest and cheapest ways to add value and improve the overall look and feel of the kitchen.

LED strip lighting allows for the bench tops to receive a strong glow of light, whilst providing ambient lighting for the rest of the kitchen.

Even if you’ve finished preparing dinner, the LED strip lights under the cabinet can provide just the right amount of glow so you can relax at the kitchen table with the family at night.

Well worth the money….. 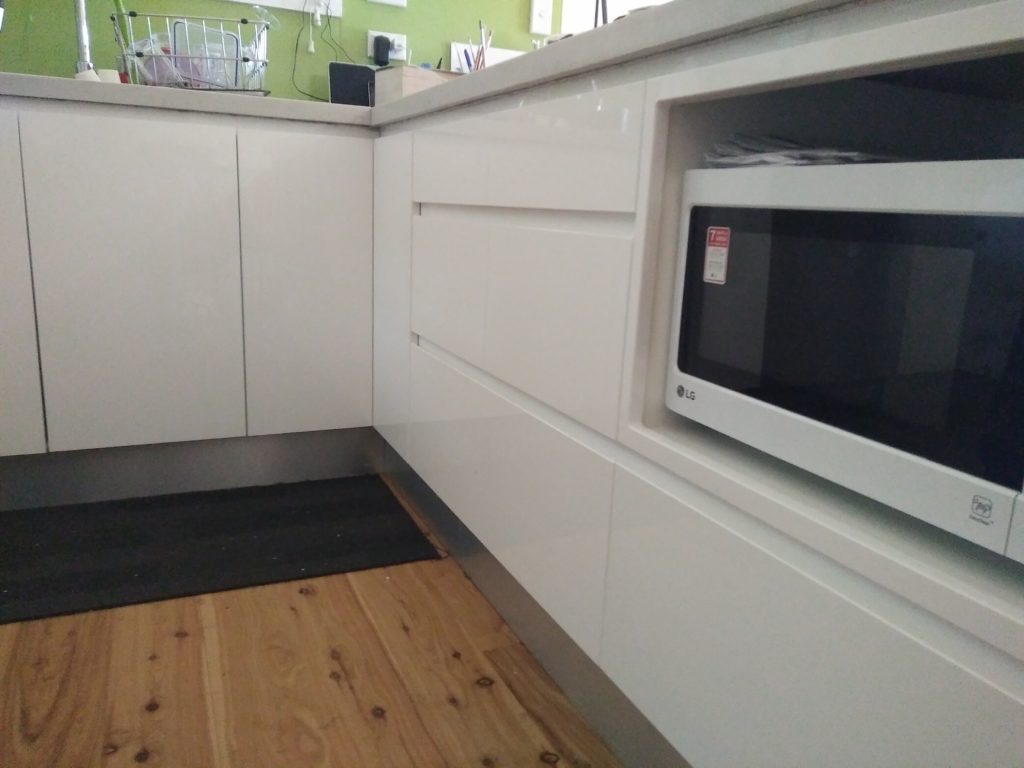 Update: I have since discovered that the adhesive backing tends not to stick near the corners so I have since had to buy some doubled-sided tape which I’m hoping will fix this small problem. Other than that all good – plus Mrs G loves them…so thats a bigger bonus! 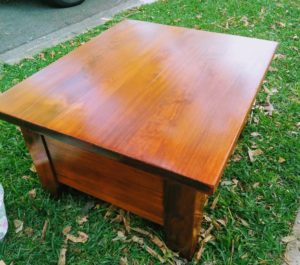